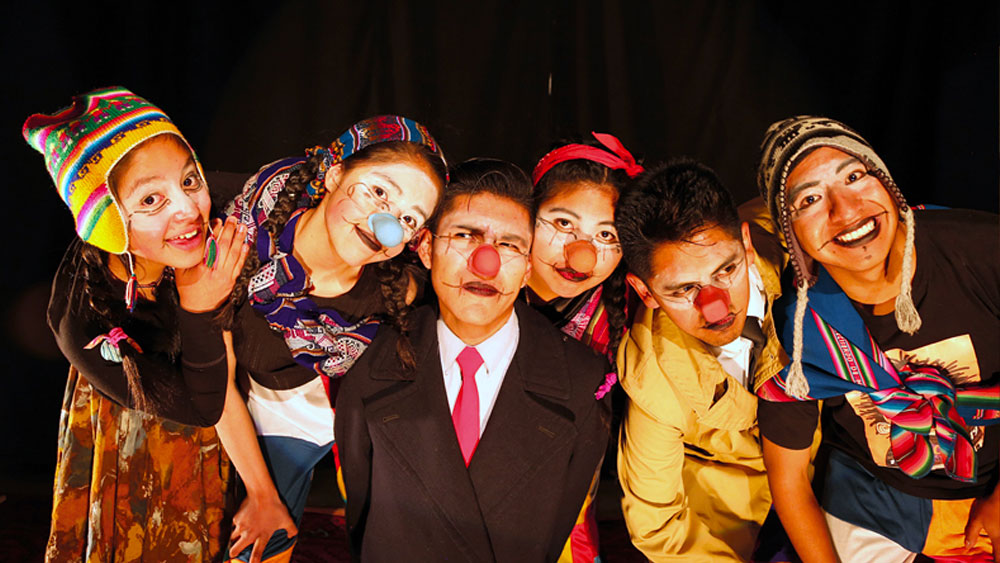 We are proud to present our first associated partner of the Beyond The Tales project, the Teatro Trono from El Alto in Bolivia. It all began with a group of street kids in a reformatory in La Paz. The teenagers gave the reformatory an ironic nickname, Trono (throne), because they could at least eat and sleep there. At the end of the 1980s, the social worker and theatre pedagogue Ivan Nogales started working with these kids and was soon so convinced of their acting talent, that he started a theatre group with them.

The teenagers immediately began participating with a lot of dedication. They have taken everything that they have seen – in their neighbourhood, in the slums or in the movies and on TV – and worked it into their theatrical productions. They became culturally active outside of the reformatory. With that, the first generation of “Teatro Trono” was born.

Today, Teatro Trono brings unique images to the stage with creative costumes and a high level of acting talent, that convey the play’s message without much need for the use of language. The young actors have mastered pantomime as well as “classic” theatre, and clowning, circus techniques and masks along with (mostly traditional) music play an equally important role in their pieces.

Teatro Trono has been doing a lot of youth work research on correlations of climate change, Mother Earth and human behaviour, taking a trip right to the vanishing glaciers of Bolivia. In their recent theatre play, which they presented in their European Tour 2021, they have critically portrayed also the criminalisation of migrations, something so inherent in our human nature and history, but so persecuted. We are certain they will be of great support to the project and share their direct experience of climate crisis and migration, both of the themes they have regularly incorporated in their innovative theatre work.